Get to know professional comic artist Marcus To

Biography of Marcus To

Marcus To is a Toronto-based artist and illustrator whose best-known work includes Marvel’s Excalibur and DC's Red Robin.

To, who was born in Alberta, has been drawing since childhood. With the hopes of keeping her very active son occupied, his mother started drawing pictures for him, then gave him a pencil and encouraged him to do his own.

He’s been drawing his own comics since his early teens, working on his storytelling and drawing hockey players for classmates. But, he never dreamt that he would be able to do it professionally.

A one-year animation program in North Vancouver, involving 13-hour days, and nights spent drawing his own comics to build his portfolio, helped prepare him for his future career. After a year studying computer science, he decided to take the plunge and work with a family friend at a photography studio in Los Angeles while trying to break into the comics industry. 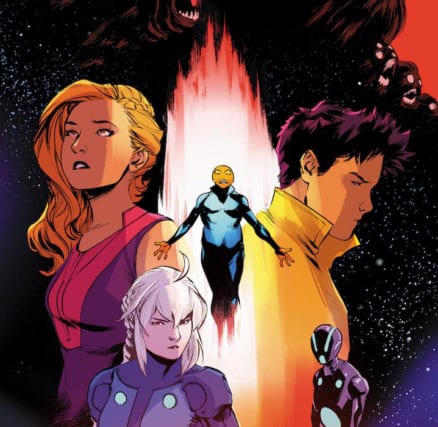 After receiving great feedback at a Wizard World convention, he revamped his portfolio for San Diego Comicon, meeting the Aspen Comics crew and going on to work with them on such projects as Fathom and Soulfire.

In 2009, he made the move to Toronto, and that same year he started working with DC. In 2010, he joined the Royal Academy of Illustration & Design, or R.A.I.D. studio, in downtown Toronto.

His two years on Red Robin were a dream come true – as a fan of the Bat series, it was a chance to work on a character close to his heart.

To, who has been working with Marvel regularly since 2014, was recently announced as the artist for the upcoming ongoing series Excalibur, coming this October.

When he’s not burning the midnight oil penciling, To can be found hanging out with his friends, trying new foods, playing hockey, watching sports and rocking the mic at karaoke.

His friends think his life would be further enriched by adopting a puppy named Barkus.